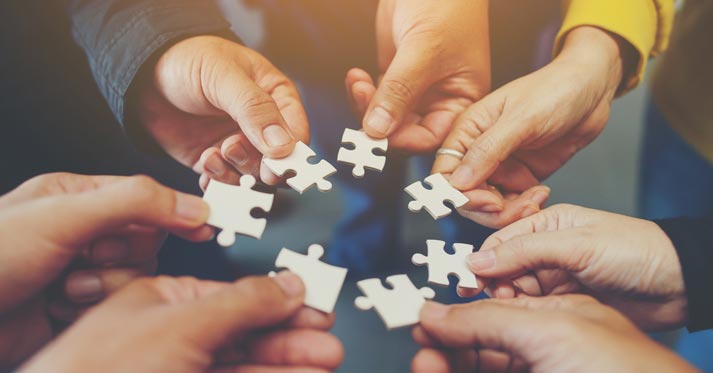 Prize-winning team will receive $5000 for continued research. Application deadline is May 1, 2018.

The American Psychological Association‘s Prize for Interdisciplinary Team Research recognizes an interdisciplinary research team that includes one or more psychological scientists in major roles and has produced significant scientific work. The team selected for the prize will receive $5000 to help support its continued research.

Interdisciplinary research is becoming increasingly prominent across all areas of science. Research that integrates approaches from more than one field can lead to new insights into complex problems and to the development of novel interventions and technologies.

Such work often requires researchers from varied scientific backgrounds to form collaborative teams. Building and managing a successful team can be challenging. The team members must gain an understanding and respect for one another’s scientific concepts, methods and cultures. And their individual efforts must be carefully coordinated to ensure that projects consistently benefit from the expertise of each member and are completed in a reasonable time frame.

The APA Prize for Interdisciplinary Team Research is the first honor designed specifically for interdisciplinary teams that include psychological scientists. It was developed by APA’s 2016 President Susan McDaniel and the APA Board of Scientific Affairs and is managed by the APA Science Directorate. The prize is given biennially.

The first recipient of the APA Prize for Interdisciplinary Team Research was the Center for Research and Education on Aging and Technology Enhancement (CREATE).

Applications for the prize should identify the core members of the research team. Core members are those individuals who contribute key areas of expertise and play major roles in planning and overseeing the team’s research. In general, core members are established investigators, who have completed their doctoral and postdoctoral training. Core members do not all need to be at the same institution. Their institutions may be located in any country.

The core members should represent two or more disciplines, according to the following requirements:

One of the core members should be designated as the principal investigator (PI). The PI will submit the application and represent the research team to APA. The PI must be affiliated with an academic or other nonprofit or governmental research institution. If the team is selected for the prize, the PI’s institution will receive and manage the prize funds. The PI does not need to be a psychological scientist.

Research teams may engage in basic, applied and/or translational research. The scientific questions addressed by a team should be clearly relevant to the concerns of psychological science, even if framed in the terms of another discipline. The conceptual and methodological approaches of the research should draw significantly from psychological science as well as from the other discipline(s) represented on the team.

To apply for the prize, the PI should submit the following materials (in English) to APA:

The deadline for applications is May 1, 2018. Application materials should be submitted by the team’s PI as email attachments to Suzanne Wandersman of the APA Science Directorate.

The APA Board of Scientific Affairs (BSA) will review applications using the following criteria:

The focus of the review will be on research by the team as a whole. Research by individual members will be considered only as that work informs assessment of the team’s plans for continued research. Other types of work by the team or its members (training, public education, administration, etc.) will not be considered in the review.

BSA will select no more than one team to receive the prize. BSA may decide not to award any prize, if it determines that no applications meet eligibility requirements or are of sufficient quality. BSA will make its decision by the fall of 2018.

APA’s conflict-of-interest policies apply to BSA members involved in the review of applications.

Before the selected team can receive the prize funds of $5000, each current core member will be asked to confirm to APA that they will participate in the continued research described in the application.

The funds will be sent to the PI’s institution for management and dispersal. APA will not pay for any indirect or overhead costs or provide any additional funds.

After one year, the PI will be asked to submit a brief progress report to APA describing how the research funds have been used and what research has been conducted and is planned.

Information about the prize-winning team will be publicized broadly through APA’s news and social media outlets.

Questions about the APA Prize for Interdisciplinary Team Research may be directed to Suzanne Wandersman at (202) 336-5950 or by  email.