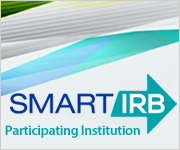 Funded by NCATS, SMART IRB is designed to streamline the IRB ethical review process for multisite studies ranging from two sites to over one hundred. With SMART IRB, institutions can designate one institution to become the reviewing IRB for a study, while the other institutions “rely” on that IRB’s oversight, from initial review to study closeout. SMART IRB is poised to support a wide range of collaborative research across the nation, and is freely available to all users. More than 200 institutions have joined SMART IRB as of May 12, 2017, including the Medical College of Wisconsin, Marquette University, Blood Center of Wisconsin, and Froedtert Hospital.

SMART IRB, which stands for the “Streamlined, Multisite, Accelerated Resources for Trials,” is the result of many years of collaboration among CTSA Program hubs along with the adoption of concepts appearing in several regional reliance models. In July 2016, Harvard Catalyst, the University of Wisconsin ICTR, and Dartmouth Synergy began working on what is now the SMART IRB Master Common Reciprocal Institutional Review Board Authorization Agreement (known as the SMART IRB Agreement).

“This milestone is a giant step toward a nationwide model for greater efficiency in IRB review, which is critical to getting more treatments to more patients more quickly,” said NCATS Director Christopher P. Austin, MD. “It was made possible by the teamwork of hundreds of experts across the country who worked together to achieve what was thought to be impossible even a few years ago.”

The NIH Single IRB Review Policy goes into effect September 25, 2017. Starting September 25, any institution engaged in federally-funded multisite research must use a single IRB. SMART IRB facilitates this process, so it’s important for institutions to join now to start implementing this platform for their studies.

Who is SMART IRB intended for?

SMART IRB is used by investigators and IRBs and institutions.

Investigators may request and obtain single IRB review for their multisite studies; view the decision-making process in an accessible, easy-to-use online format; and track arrangements for their studies in one place.

IRBs and Institutions may use the SMART IRB Agreement and SOPs to enable single IRB review. The online reliance system makes it easy to track and document reliance arrangements and local context issues for each study, connect with the appropriate contact at each study site, and store and access reliance arrangements in one centralized place. The system guides institution users through a transparent decision-making process, making it clear when action is required.

Where do Investigators go for help?