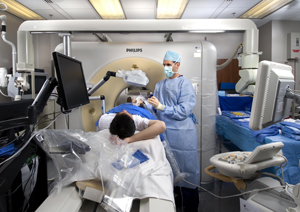 The NIH Bench-to-Bedside Program is soliciting proposals for the next funding cycle.

Once again, CTSAs, AIAMC (Alliance for Independent Academic Medical Centers) and NIH investigators will be able to initiate applications jointly for Bench-to-Bedside research projects.  Up to $135K per year for two years is available to support these intramural/extramural partnerships in clinical research. As in prior years, intramural investigators in all Institutes/Centers are eligible to serve as project leaders on proposals.

Extramural principal investigators (PIs) with an existing NIH grant are invited to initiate proposals in one of two ways:

The NIH Bench-to-Bedside program was originally established in 1999 to integrate the work of basic and clinical intramural scientists. Since 2006, it has been open to partnerships between intramural and extramural programs.