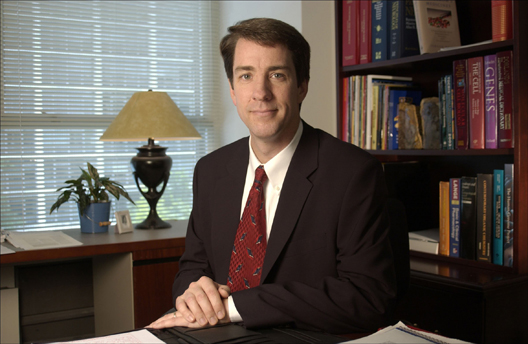 Austin has been serving as the director of the NCATS Division of Pre-Clinical Innovation since NCATS’ launch in December 2011. His experience and successes in virtually every stage of the translational research process will help to continue building on our momentum and achievements to date.

Austin came to the NIH in 2002 from Merck, where his work had focused on genome-based discovery of novel targets and drugs. He began his NIH career as the senior advisor to the director for translational research at the National Human Genome Research Institute, where he initiated the Knockout Mouse Project and the Molecular Libraries Roadmap Initiative. Other NIH roles have included serving as director of the Therapeutics for Rare and Neglected Diseases program as well as the NIH Chemical Genomics Center, and as scientific director of the NIH’s Center for Translational Therapeutics.

He earned a medical degree from Harvard Medical School and an undergraduate degree in biology from Princeton University. He also completed clinical training in internal medicine and neurology at Massachusetts General Hospital, and a fellowship in genetics at Harvard.

For more information, see the NIH press release at http://www.nih.gov/news/health/sep2012/ncats-14.htm.